BMI for age percentiles for kids 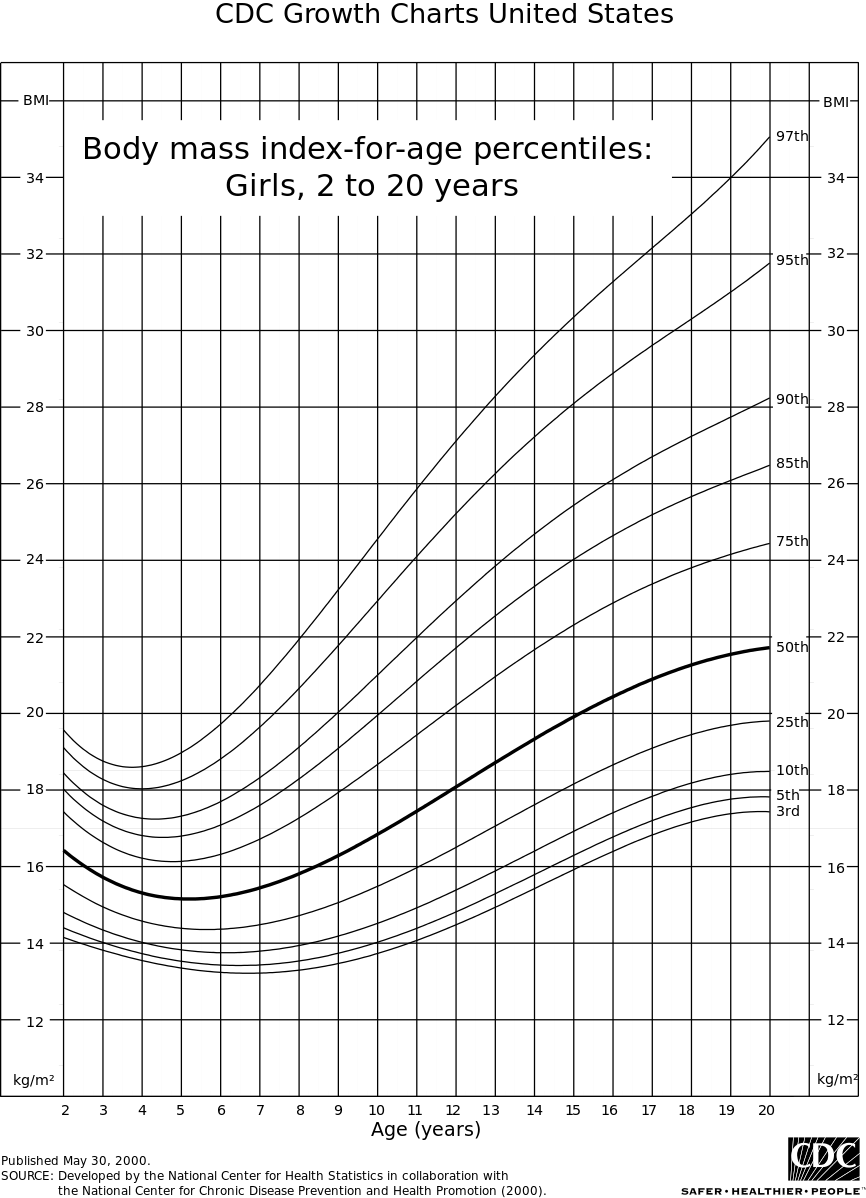